"One word... plastics" from The Graduate 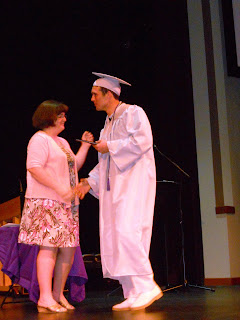 Scott Graduated from the Idaho Virtual Academy last Thursday. Like thousands of kids across the country, it was a major milestone in his life. For elite athletes in any number of sports, completing High School presents a different set of challenges.

Scott was fortunate that internet education existed by the time he entered high school. IDVA enabled him to get a great education from a well developed and regimented curriculum while travelling all over the world. As it is, he is well positioned to enter college whenever he decides.

Graduation lifted a burden off his shoulders with regard to ski racing. The daily "grind" for a ski racer includes early wake-ups, hours of on-snow training, then a break, then dry land (strength) training, followed by another break, then a team meeting in the early evening, followed by time off until bedtime. The athletes must work dinner and ski tuning into the open periods of time. Schoolwork becomes fragmented and is squeezed in wherever possible. Last year Scott was the only athlete in his group still in high school -- it will be nice to have a light 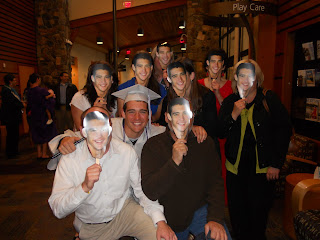 Scott has a lot of work to do with the "D" team this year, so he'll mostly focus on skiing. He'll probably take some German courses, both to improve his language skills and whittle away at elective credits. He wants to take college calculus to preserve his math skills, but it seems that might be a bridge too far given his training schedule. He'll reassess next year.
Posted by Shep Snow at 11:01 PM 1 comment: